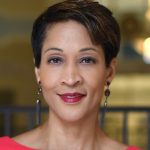 The New York Times captured the dramatic scope of Corey Minor Smith’s life when it described her as “a fascinating woman who moved 21 times and attended 14 different schools before graduating high school, [has a loved one living with schizophrenia], became a mother her senior year of college, and eventually went to law school and became a successful attorney.” These experiences, along with becoming a trained facilitator for NAMI, have paved the way for Smith’s mental health advocacy work. With a national profile as a mental health and wellness advocate, Smith has appeared in numerous national media outlets, including the syndicated radio show The Breakfast Club. An author, Smith contributed to the Audible Original We’ve Got Answers and penned a powerful memoir, #Driven, which was hailed as “searing and moving” by The New York Times and featured as an Amazon Celebrity Pick. Smith’s consulting talents and inspirational words have also benefited Fortune 500 companies such as ViacomCBS, Xerox and iHeartMedia.

Smith was born in Canton, Ohio, and educated at Bowling Green State University, where she received bachelor’s and master’s degrees. She earned a Juris Doctor at the University of Toledo. Smith’s legal career spans more than 20 years and has been dedicated to public service. She served as an assistant prosecutor, a judicial attorney and a mayoral cabinet member before serving as general counsel for the same public housing authority that provided housing for her and her family. Smith made history as the first African American to be elected to a citywide position when she received the most votes, over five other candidates, to serve as an at-large member of Canton City Council. Currently, Smith is appointed to serve with the Biden-Harris Administration as senior counsel for the Department of Housing and Urban Development. In this role, she provides support to the Office of General Counsel under the direction of General Counsel Damon Smith and the leadership of HUD Secretary Marcia L. Fudge.

Smith has received numerous accolades and awards, including the NAACP–Stark County Image Award, the NAMI–Stark County Starfish Award, the Boy Scouts of America Buckeye Council Spirit of Scouting Award and the She Elevates Women of Courage Award. She was inducted into the YWCA Women’s Hall of Fame and was named an ATHENA International Women’s Leadership Finalist. Along with being a philanthropist and being actively involved with a host of organizations and programs, Smith is a member of the Delta Sigma Theta sorority and the Bowling Green State University Alumni Board. Smith lives in Washington, D.C., and has two adult sons.